Cordialement Kentaru Source Akimbo Paradize. Zachary Braverman at May 25, Before you throw any more bouquets at the Bush Administration, keep in mind that — by distracting us from the ongoing Bomb development programs of Iran, Pakistan and North Korea — they may very well have lost us the worldwide war. Music at October 25, Candelario at October 27, Pour atteindre ce résultat, il faudra d’abord créer un projet Windows Form.

Iraqi blogger Omar posts a photo gallery from a couple of places in Baghdad. He also has the best photos of marsh reed huts I’ve ever seen. The huts are brand-new, made from nothing but reeds.

Saddam dammed up the marshes in Southern Iraq and set them on fire. The smoke could be seen from the space shuttle Endeavor. Now that the ecosystem is being restored, the Marsh Arabs are moving back in. Some of these places in Iraq are pretty nice. Omar’s photos make Baghdad look like a completely normal city. Suicide bombs aren’t a constant on every block – or on any block for that matter.

Most people and buildings will never be bombed. Perusing these photos makes me wistfully wish I were there. My worst kept secret is that I was planning to go to Iraq in December. I am very sorry to say that I have put that on hold. I’m a logicie, bit brave, but not that brave.

In the meantime, I have other plans. Libya is first on the list. I finally reached a breakthrough in the painstaking process of getting a visa today. I’ll be there in five weeks, Inshallah. I expect a lot of pictures, some cogent analysis, and at least a few dodus stories when you return.

It took me a while to jamas her into it, but now she’s looking forward to it as generxtor as I am. She’s been to Morocco already, so the idea of visiting an Arab country doesn’t make her as nervous as it makes some people. Her initial hesitation was all about the freaky government. Kama be fine, though. It’s a pretty safe place, actually. She has a sense of humor about it. Yesterday she said we must get our pictures taken next to a propganda picture of Colonel Qaddafi looking all stern in his sunglasses.

TÉLÉCHARGER BE MINE OFENBACH GRATUIT

Still, you’ve chosen a great adventure. I’d hope to see informal miniDV « interviews » from the airport cabbie on arrival to the airport cabbie on departure and every willing Iraqi homie in between. Well, if bandwidth were free. On another matter – perhaps hang an air freshener after the wall hosing?

I’m envious – I hope you have a glorious trip to Libya, and to Iraq should you make it this year or not.

I say that only to say that your stones are bigger than mine. You couldn’t drag me to one of those places but at the same time I am a bit envious.

You’ll have a ball. How about asking the Iraqis what they think?

The most recent polls there show a majority saying the America is occupying Iraq, not liberating it, and that they want Americans out, whatever the consequences. That’s the kind of pissed-off people they are, these days. At this point, I am pro-occupation, to the point where I see the June 30 handover date as a looming disaster.

I am far from confident that things have settled down enough for a sovereignty transfer. Some Iraqis appear to accept the possibility of civil war as the lesser of evils, if they have to choose between that and continued occupation.

And what’s the problem? Our own moral certitude about our good intentions there, and how that certitude somehow makes us think we would be, and are inherently better people. You can’t say Abu Ghraib was the only place this kind of thing was happening, as new images emerge every week and as investigations widen. You can’t laugh off questions about 40 Iraqis slaughtered at what increasingly appears to have been a wedding after all, and you really can’t laugh it off with what an officer in charge said afterward: Face it, Michael, you’re almost certainly not going to be in Baghdad any time in the next few years as anything but a war correspondent.

You were far too optimistic through this whole thing. Your optimism and your hubristic certainty of the morality of our cause there, multiplied over the millions who believed as you do fewer and fewer every day, it seems hasn’t won us enough points where it matters: The biggest danger of all is looming, a danger that any level-headed person could have foreseen at the outset: That throws the whole moral case for the war into doubt.

Getting out of there too quickly threatens civil war. Civil wars are more deadly than most other kinds of wars. This is not a risk to take lightly. What good is it to have a feather in your liberal democracy cap like having ousted a cruel dictator, if the upshot is a destabilization that kills more people than that dictator ever did?

Look at our own Civil War. Compare the casualty count with any other war America has been involved in. This is the Real War, now. And whether you knew it or not at the time, this is what you signed up for.

Put your money – and your body – where your mouth is. Buy the tickets that will get you to Baghdad in Januarynot long after these supposed elections. I’ll help you raise the money if that’s a problem. Buy the air tickets. Scan them and put them up on your blog. Promise us that you’ll go. No matter what it’s like at that point. If the prospect of going seems a bit frightening at that point, consider this: A lot more people might actually look up to you as someone who is truly qualified to pronounce on the issues that arise over the taking of human life by force of arms.

You’re wallowing in negativity. I don’t quite blame you for it. Since I’ve decided not to go in the immediate future I can’t exactly deny there’s something worth being negative about. It’s gone downhill lately. But it’s also gone a bit uphill since I’ve made my decision to steer clear of it. I noticed, maybe you didn’t. But, really, what worries me about going dfus is what will happen to me personally rather than what the place is like as a whole.

That’s the lens I have to look at this through at the moment I decide whether or not I want to put myself there. I’m a lot less afraid of a war zone per se than I am of people who would stalk me personally because I am an unarmed foreign civilian. I would rather be a soldier, and I would rather have been there the day we dropped bombs on the city than go there today, unarmed, and alone. 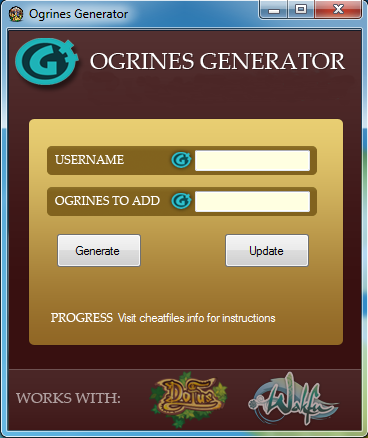 Anyway, I’ve already been to a war zone. I went to Ground Zero in Manhattan while it was still on fire. I breathed the ashes of dead people. I’m looking at current poll results. Go look at them yourself. Face reality – part of reality is what other people think, whether it’s true or not. Especially in a democracy, and you’re in favor of democracy, as I understand it.

What those people think is not something a lone blogger can control. Been there, done that, and simply because you’ve visited the scene of the crime of the century, and only after people were dead?

The closest I’ve gotten to a national war zone is going in every day to work at a national laboratory during Gulf War I, in a group doing logistics support for the attack preparations. I was passing troop carriers every day at the gate, put there to guard us from terrorist attacks. You can get used to it, in a weird way. Perhaps a little too used to it.